The Months Between – Life is Strange 2 and Episodic Content 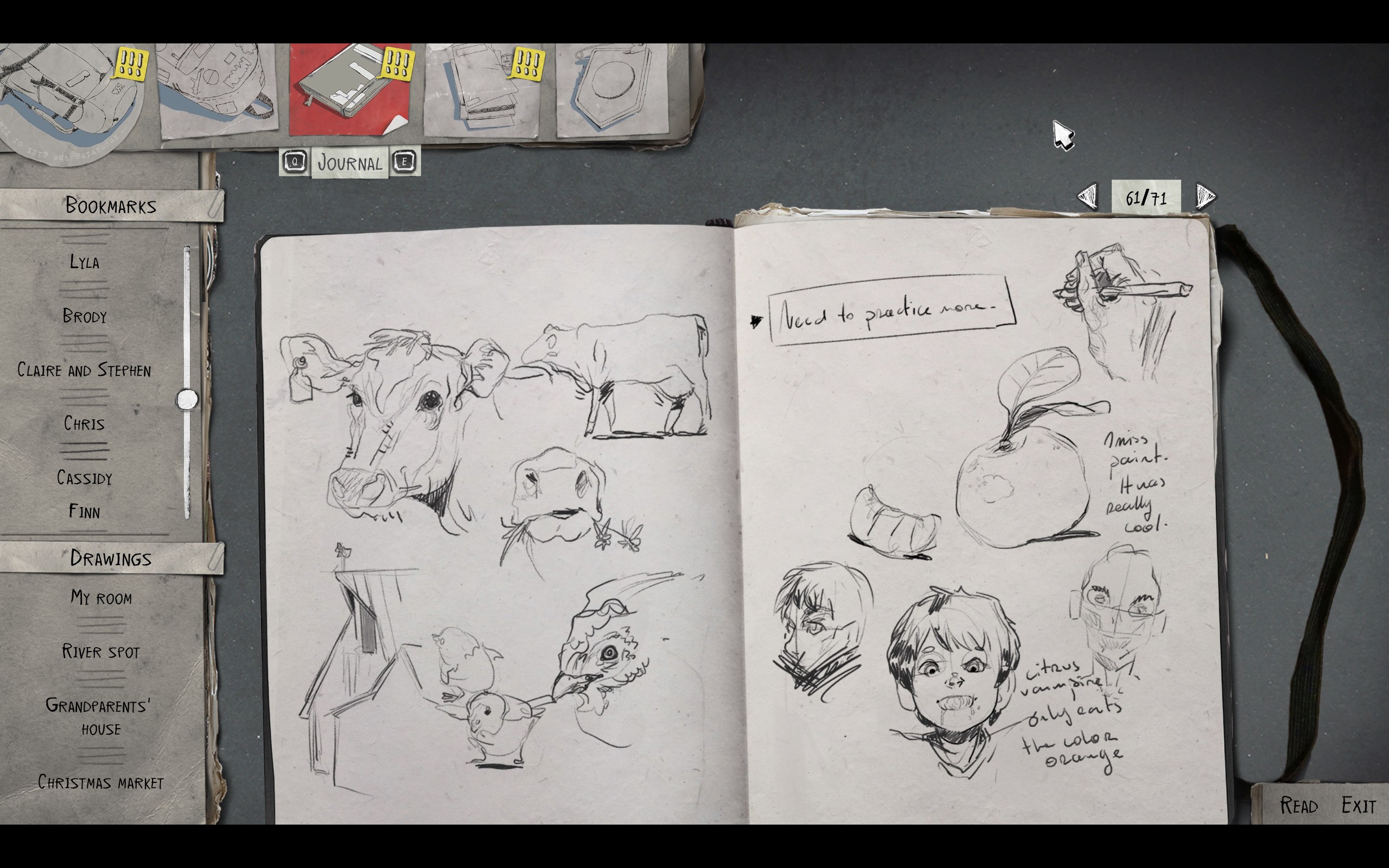 Sean and Daniel Diaz are on the run. They have been for a while now. It seems like only days ago that they were at home in Seattle with their dad, living normal suburban lives, having normal teenage and preteen hopes and dreams. Sean had a thing for this one girl at his school. Maybe she liked him too? He was gonna go to a party that night, and she was gonna be there. But… at this point, I can’t remember her name. I wonder how long it’s been since he thought about her?

Life is Strange 2 begins its first episode with familiar tropes. Sean Diaz is your typical teenage protagonist, ready to star in his very own coming-of-age story. His single father and his energetic little brother are just little pieces of the backdrop of his life, responsibilities and annoyances that he has to deal with at home. Meanwhile, he’s focused on his friends and relationships, as he works out his interests and identity and social life.

When his life is upended in the events of Episode 1, Sean’s significance as the player character shifts. He finds himself in a position of responsibility, trying to care for his younger brother as they flee their hometown in search of a new life. He’s still a teenager, but he’s also a caretaker. If before he was analogous to Max Caulfield from the original Life is Strange, he now occupies a space somewhere between Max and uncertain father figure Lee Everett from Telltale’s Walking Dead games.

This new responsibility, jumbled with his continued self-discovery, leaves Sean with a lot of feelings to work out. He likes to sketch and write in his journal when he has a spare moment. Even on the lam, he finds time here and there to draw things that pop into his head, to map their progress towards Puerto Lobos, to vent his frustrations and celebrate his triumphs. His journal is full of angst, rough sketches, and moments of honest emotion. It represents everything that’s happened in his and Daniel’s journey so far.

When I pick up a new episode, I pick up Sean and Daniel’s story somewhere beyond where I left off. All of the journal entries that catalog my prior adventures are there; but there are also more than a dozen new entries I haven’t seen before, slipped in between the episodes. The months that have passed in the real world, in which the developers have been building the new episode, manifest as time that the Diaz brothers have been continuing their journey off-screen. Sean writes about where he’s been and who he’s interacted with. He writes about how Christmas came and went for them. They didn’t have much cash to spare, but they celebrated by going out for burgers, the first real prepared meal they’d had in a while. He writes about finding a job on a farm, and the discomfort of playing into stereotypes of illegal migrant workers.

The time skips between episodes roughly align with the passage of time in the real world between their releases (not one to one, sure, but close enough to be evocative). These were actual months that passed in my own life. And when I come back to Sean and Daniel, months have passed for them too. They’ve been struggling and surviving, keeping each other close and also pushing each other away, all this time while I was elsewhere. Their journey continues meaningfully between episodes, and that’s part of what makes it so emotional to return to it after several months.

In a broad sense, episodic games aren’t so different from episodic television. Each unit of content has a beginning and an end, but fits into a larger story. But a week between TV episodes doesn’t feel like looking away from a fictional world; it feels like waiting for it to continue. The amount of time that passes between these Life is Strange episodes is different. Context slips away. I’m not just waiting to see what happens next; I’m returning to a journey I’ve been away from. While there is certainly a degree of emotional momentum lost, the feeling of returning from an absence is affecting in it’s own entirely different way.

If I played each episode a week apart, I bet I’d remember the name of Sean’s crush from Episode 1. But I don’t. It’s been months. The boys’ journey has been long and harsh already. It’ll be another month or so before the next episode comes out. When I see them again, they’ll be somewhere new. How far will they have gone? What will I have missed? And what will have changed between them?