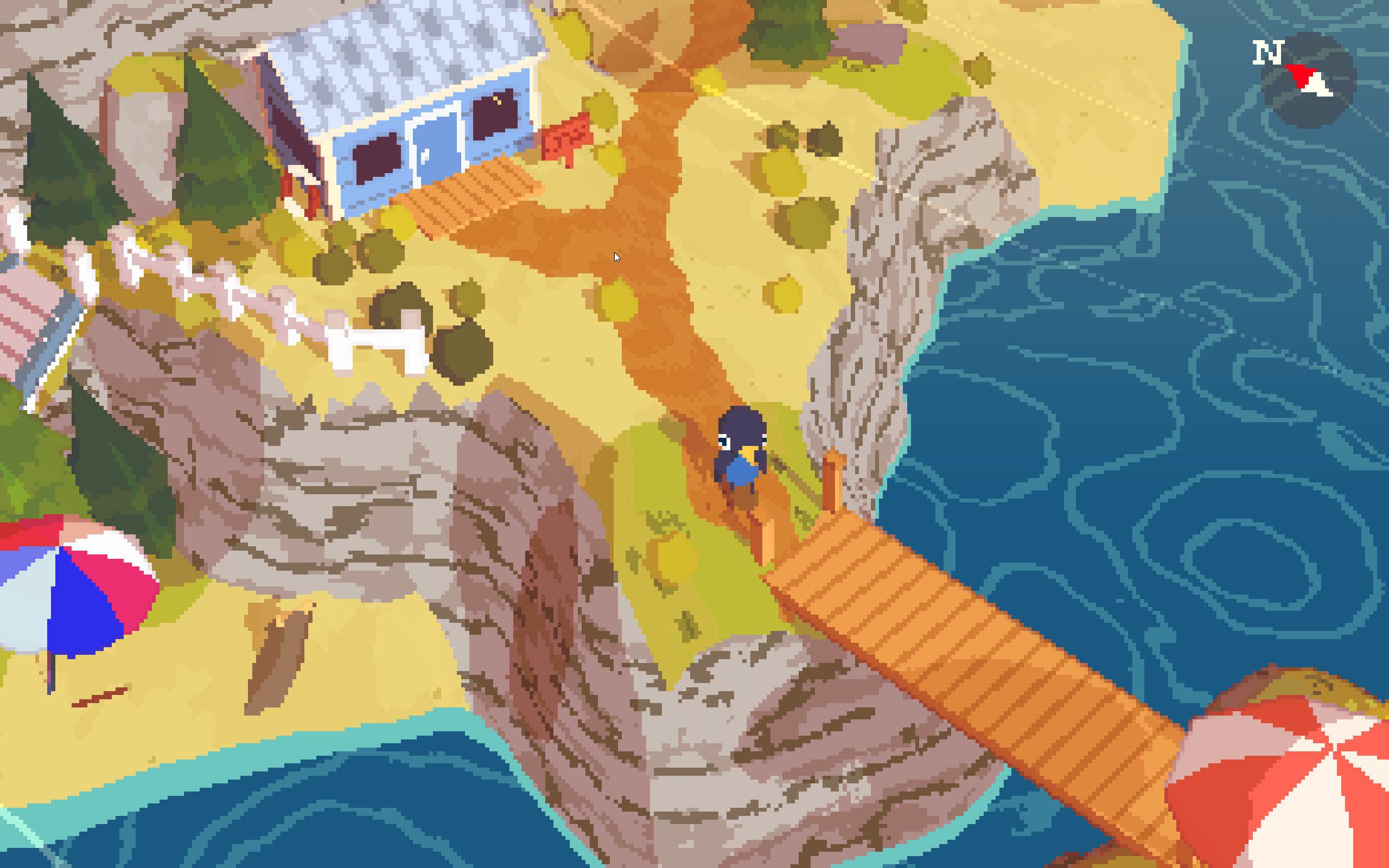 A Short Hike is a game that you can play in about the same amount of time as it takes to go on a short hike. It’s cute, straightforward, and bite-sized, and it still feels fully-realized. It plays almost like a miniature Breath of the Wild with pixel graphics and no combat.

The key verb in A Short Hike is “explore”. As an anthropomorphic bird named Claire, you’ll jump, climb, and glide around Hawk Peak Provincial Park on your way towards the top of the mountain. Scattered about the island along the way are a cast of delightful oddballs, usually asking for help with small tasks and providing words of encouragement. Traversal is fun and fluid and there are plentiful pickups that increase available stamina throughout the game. The island is full of collectibles and secrets and various tools and McGuffins to pick up.

The game also feels like a love letter to hiking and parks. Many of the folks you encounter on the trail are also running, climbing, or hiking and will greet you cheerfully. As you progress, you’ll see tiny side stories unfolding and help folks out along the way. The game’s writing is usually upbeat but manages to be very sincere and never quite as twee as you might expect.

At the beginning, Claire comes off as a disaffected teenager who didn’t really want to do the whole nature thing in the first place. In fact, her primary motivation for going on this hike is to get cell reception so she can make a call. But neither the game nor the characters themselves ever feel like they’re being judgmental. Instead, Claire seems to find enjoyment in her adventure completely on her own terms. I won’t spoil the ending, but it’s just as heartwarming as the rest of the game.

A Short Hike is such a lovely complete package. It’s small and digestible, it controls nicely, and it’s filled with charming moments.