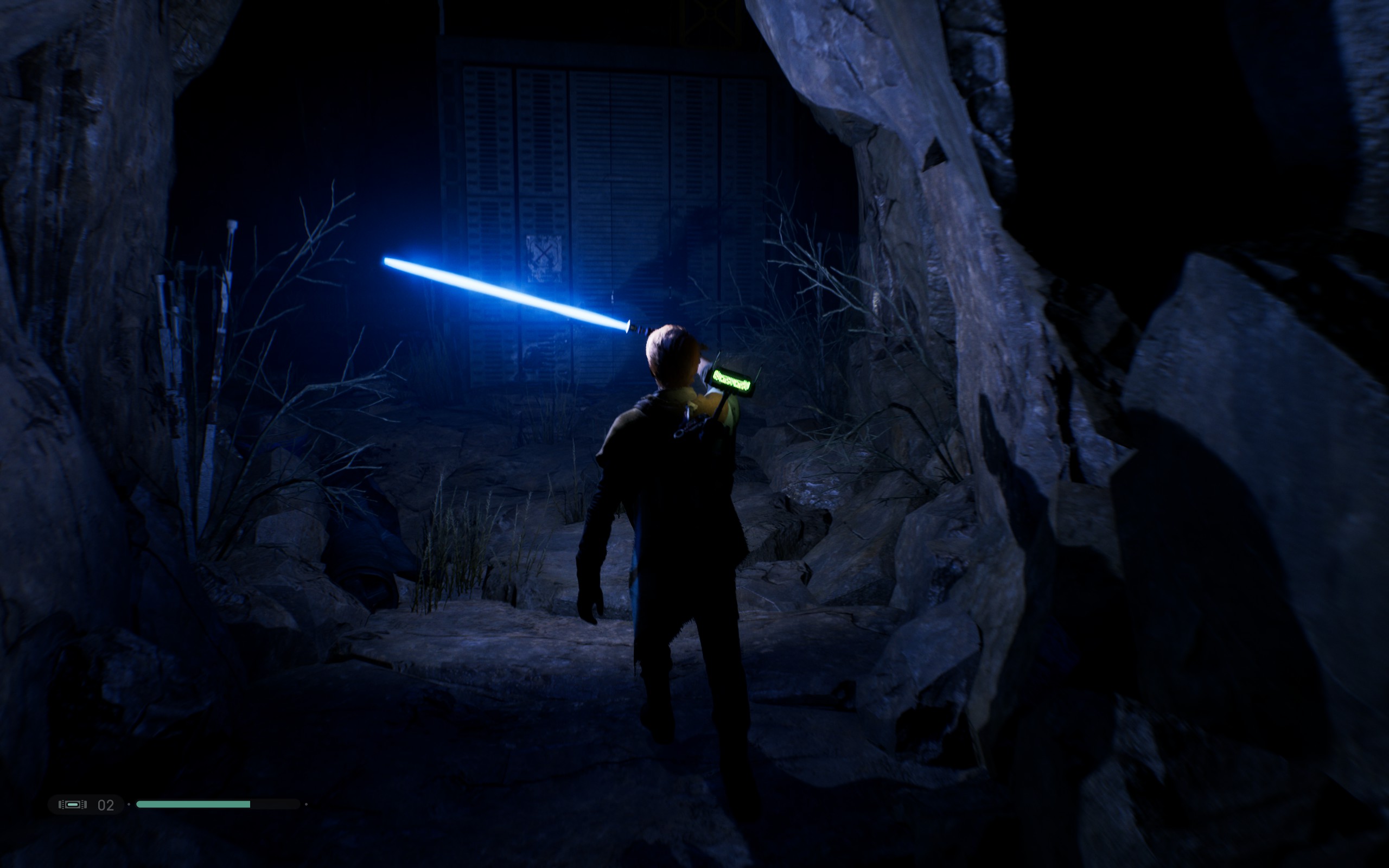 As it turns out, there have been a lot of star wars games over the years. I’ve played virtually none of them. This mostly because I’m just not that into Star Wars, and so many of these games hinge on investment in the franchise. That isn’t to say that they’re not good games in their own right; just that I never felt a sufficient pull to them.

But Star Wars Jedi: Fallen Order is the one I finally played. This game drew me with its promise of Metroid-style exploration and Souls-like combat, both of which are mechanical conceits that excite me. But that’s not why it made this list. I’m surrounded by friends to whom Star Wars means a lot, but in the end I was the one insisting that they play (or watch a let’s play of) this game.

All in all, Fallen Order plays pretty smoothly. There’s something to be said about a game that feels familiar but is relatively easy to get through. The spaces are interestingly laid out, fun to explore, and often gorgeous. The powers and progression also manage to create some really satisfying moments. There’s some Uncharted-style traversal as well. It’s not noteworthy on its own, but it’s used fairly well to serve the feel of the exploration.

Fallen Order‘s combat, while not nearly as compelling as the games that inspired it, is always serviceable and often satisfying. It makes an effort to give you opportunities to feel powerful and resourceful (oh dang, I just one-shot that tough enemy by Force-pushing them off a cliff). And though I wish it had more boss fights that were mechanically interesting, it does find spaces to challenge and disempower you. All told, the bones were really good, at least good enough to justify a 20-ish hour game. But that’s not what truly kept me engaged.

See, I came for the Souls-like Metroidvania, but it turned out that I stayed for the Star Wars. Fallen Order not only seems to grasp some of what makes star wars compelling, but also genuinely drew me into its fiction and into the Star Wars universe. Its story is sincere and grounded, and its cast is endearing (despite some friction between the mechanical and narrative structures of the game). Not only that, it hits a lot of beats that are very quintessentially Star Wars, but does so in a way that feels adapted to the specific context of the characters involved.

The game takes place in the aftermath of Order 66, the catastrophic event that signals the rise of the Empire and eliminates the vast majority of the Jedi Order. We follow former Padawan Cal Kestis as he’s thrust from his life in hiding into a quest that could help rebuild the Jedi Order. Along the way, we meet and assist other characters struggling against the Empire.

Part of the appeal is that so much of the story is barely interested in grand, interplanetary struggles or politics. Instead, it focuses on personal trauma, on survivors and refugees and how they move on and support each other. Even with a big important quest as its throughline, it manages to make the stops on the way engaging and meaningful to the characters. It finds ways to begin to challenge assumptions about who the Jedi were and what they stood for.

Hell, even Cal Kestis, a protagonist whose character design features an eye-rolling degree of generic-white-guy tropes, finds his way into being likable by how he plays off of the rest of the cast. In particular, Cal’s companionship with BD-1, the cute little bipedal droid he meets early on, helps ground his personality and his compassion.

By the time I finished Fallen Order, what I really wanted was more interaction between the main characters, both narratively and mechanically. It’s a Star Wars game that not only plays pretty well, but also knows how to tug at the themes and ideas that make Star Wars stories emotionally resonant. It feels weird for me to put a game like this so high on my list. But I know it’s going to stick with me for all the things it did well, and it’s the game on my list that most yearns for a sequel. Here’s hoping!