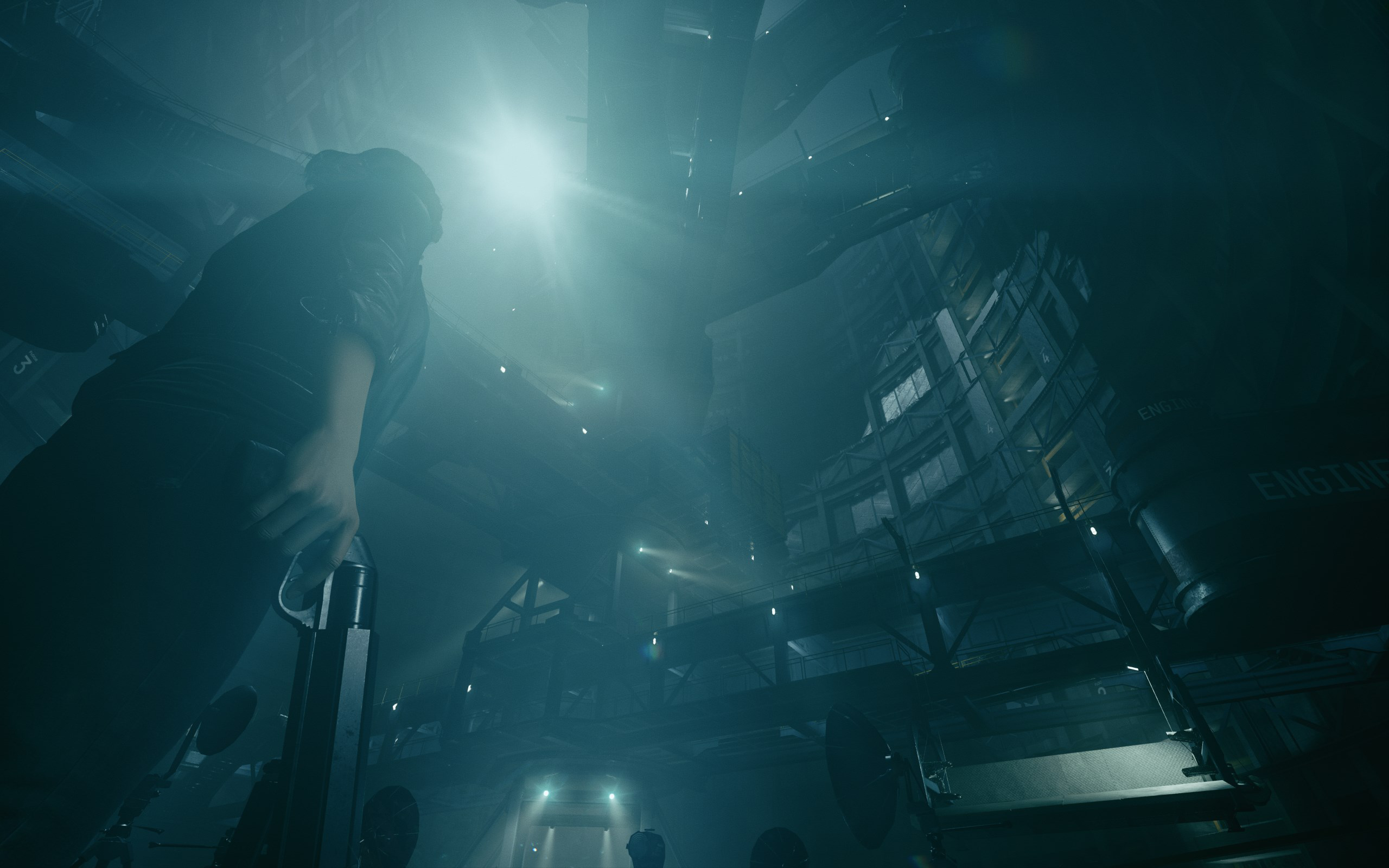 Remedy Entertainment’s Control is not a game that’s particularly easy to pitch. In fact, only the enthusiasm of critics whom I follow even drew me to it in the first place. But now that I’ve played it, I’ll see what I can do.

Control follows protagonist Jesse Faden as she tracks down the Federal Bureau of Control in search of answers about her past and her missing younger brother. The entire game takes place in an inexplicable monolithic building called The Oldest House, the headquarters of the FBC. Documents recovered throughout the game explain a bit about its nature and origin, but the gist of it is this: it’s in New York City, it’s impossible to find unless you’re looking for it, and it defies the rules of physical space. The areas to explore within The Oldest House are strange and labyrinthine, full of locked doors and hidden corridors.

Every corner of Control‘s Oldest House hides the inexplicable and the alien. The game leans all the way into its X-files trappings and peppers its strange setting with even stranger items and stories, appearing to be heavily inspired by collaborative fiction project the SCP Foundation.

Even though I enjoy storytelling through found logs and documents, it often becomes a chore. I’m often stubborn about keeping up, even though I know I should just move on and check collectibles later. In Control, I didn’t have this problem. Nearly every document, letter, and report that I found was well-written, concise, and fascinating. Sometimes, they’re unsettling descriptions of supernatural phenomena. Sometimes they’re the lamentations of office workers dealing with their bizarre equivalents of mundane problems. Rarely is one document the whole story; often they fit together in interesting ways. Every time I picked up one of these, I read it immediately and eagerly.

Not only is the environmental storytelling equisite, the characters and interactions are equally well-realized. Control‘s voice actors deliver stellar performances that capture a kind of melodramatic, conspiratorial tone. The characters speak matter-of-factly about bizarre circumstances, and we often jump to Jesse’s internal monologue. The tone of the dialog is often silly or deadpan in a way that complements how genuinely unnerving the supernatural story elements can be.

Combat is fun and chaotic and gets shaken up by the various powers that Jesse picks up throughout the game. It doesn’t feel groundbreaking but it’s very tactile and plenty satisfying for the length of the game.

Control also has some superb VFX, finding ways to evolve the kinds of visuals that action games typically need (explosions, broken rubble, etc.) in fascinating ways. The strange smearing smoke effect that comes off of most enemies helps lend them an unnerving sense of otherworldliness. Bits of rubble and debris become physics objects that Jesse can utilize with her telekinetic abilities.

Most of the optional content involves exploring The Oldest House and securing dangerous paranatural objects. Each one of these encounters is an interesting extension of the game’s world. The way that it adds thoughtfully-authored stories into side quests makes the world seem more interconnected and full of secrets.

Though its main story isn’t particularly long, Control has so many interesting moments and tons of engaging optional content. It has a strong sense of identity and an ironic sense of humor, and I loved so much of my time playing it.