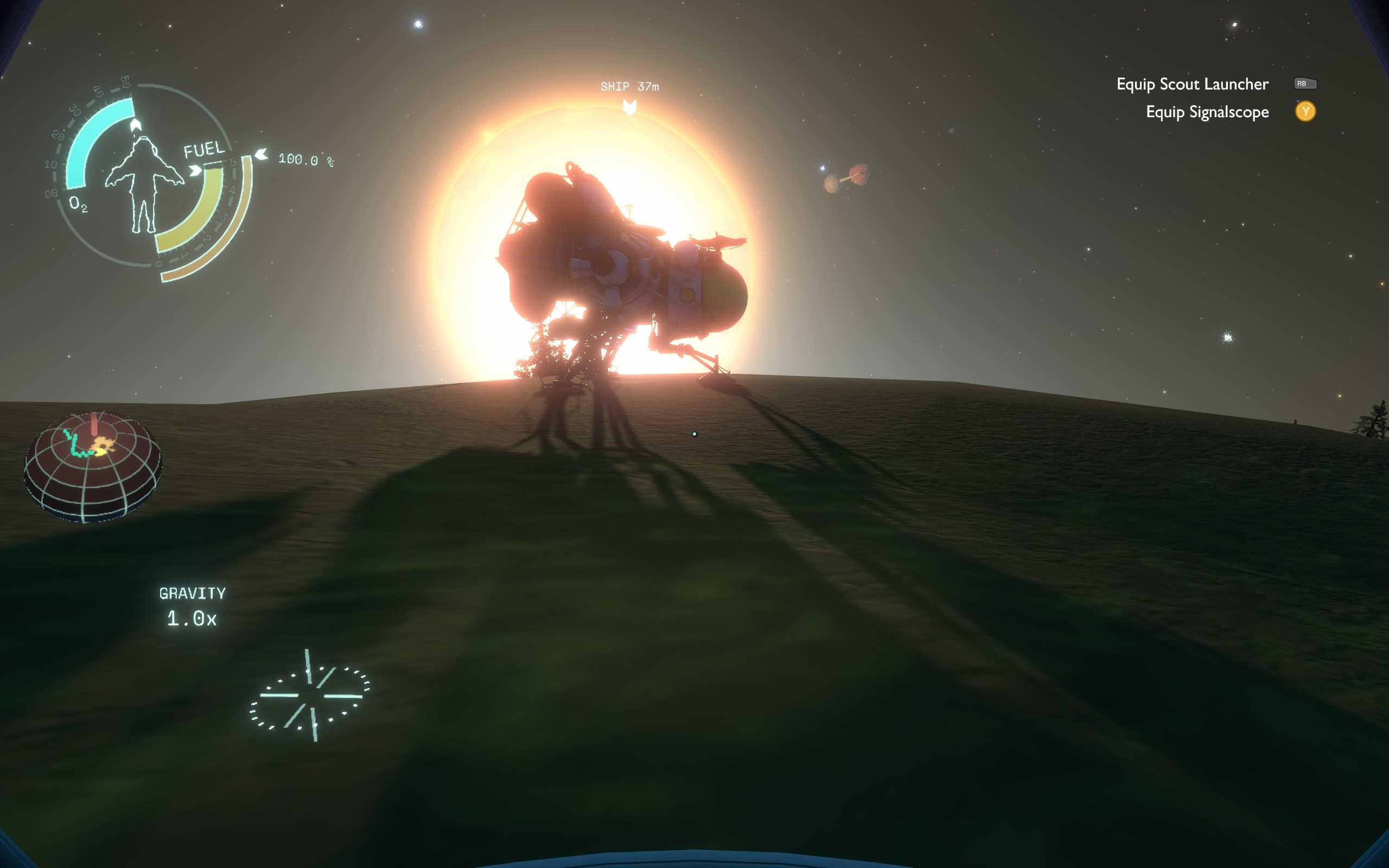 There are a ton of games out there that I would describe as systems-driven. They establish a set of internal rules which provide a framework for players to understand the obstacles in front of them. They can then manipulate variables in the system to achieve the desired outcomes. Examples that come to mind are the clockwork worlds the Hitman or Dishonored games.

These systems are designed to be solved with external knowledge. Once we figure out a guard’s patrol route, the veil lifts. Even though the guard may have a fully animated character model, they are now only a cog in a machine. Suddenly, we’re looking at the system from outside the game rather than inside of it. Once we know how it works, the system no longer maps believably to the narrative built around it.

And that’s fine! Systems-driven games are fun because they’re intricate simulated puzzle boxes. Just because we eventually figure out the physics the GLOO gun in Prey doesn’t mean it’s no longer an interesting tool. But a shift in perspective has occurred. To use the GLOO gun to its full potential, the Prey‘s Talos I space station must be reduced to level geometry.

In Outer Wilds, we play as a newly space-worthy alien explorer. Our job is to uncover the mysteries of our home star system, particularly the artifacts and ruins left behind by an enigmatic ancient race called the Nomai. At the beginning of the game, a strange turn of events gives us the ability to read the writings left behind by the Nomai.

But there’s a problem. Early into the adventure, the system’s sun goes supernova. We wake up back where we started, in a Groundhog’s Day-style time loop. In each loop, we’ll chase down information according to our ship’s “rumor map”, which serves as something like a quest log. But to do that, we must understand the strange sci-fi phenomena that govern each planet in the system. Only by learning these systems, as well as the fiddly spaceship controls, can we access hidden ruins and avoid dangerous obstacles.

Outer Wilds is special to me because even as I came to understand its systems, it still felt like an in-fiction understanding. There was always still a degree of uncertainty. There was imprecision. These systems operated in real time at the scale of small planets; they were always so much bigger than me. If they could be reduced to a set of variables, it was only in a scientific sense. But overall, the systems operated around the fiction instead of the other way around.

More than any other game I’ve played, Outer Wilds is about understanding systems as a being who is very small and at their mercy. It’s a game about awe and curiosity, about ecology and environmental responsibility. It’s a game about legacy, history, and community. These facets all fold in on each other to make something greater than their sum. Outer Wilds is a meditation of the meaning of environmental catastrophe and how we cope with it.

On some level, I want to talk about how gorgeous the game is, how evocative its soundtrack is, and so on. But as great as those things are, they’re not really important to the pitch for this game. They’re serving the game’s conceit but they don’t define it. What makes Outer Wilds truly special is its sense of wonder and curiosity and smallness. I’ll be thinking about this game for a long time, and I couldn’t recommend it more.